FLARE100 ART PROJECTOR BY ARTOGRAPH
CREATIVE TOOL OF THE YEAR

Press Release in PDF
More on the Flare100

Artograph is pleased to announce the new Flare100 Art Projector won first place in the Creative Impulse 2016 awards for Creative Tool of the Year. 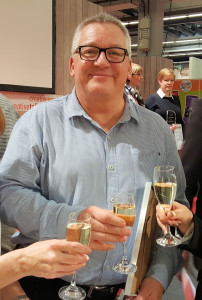 In the award ceremony January 31, 2016 at CreativeWorld in Frankfurt, Germany, Artograph CEO Don Dow accepted the award for the innovative projector designed for the needs of artists and crafters.

FLARE100™ Art Projector sets the artist free with a portable battery operated projector. The Flare100 projects a sharp image from four inches all the way to mural size. 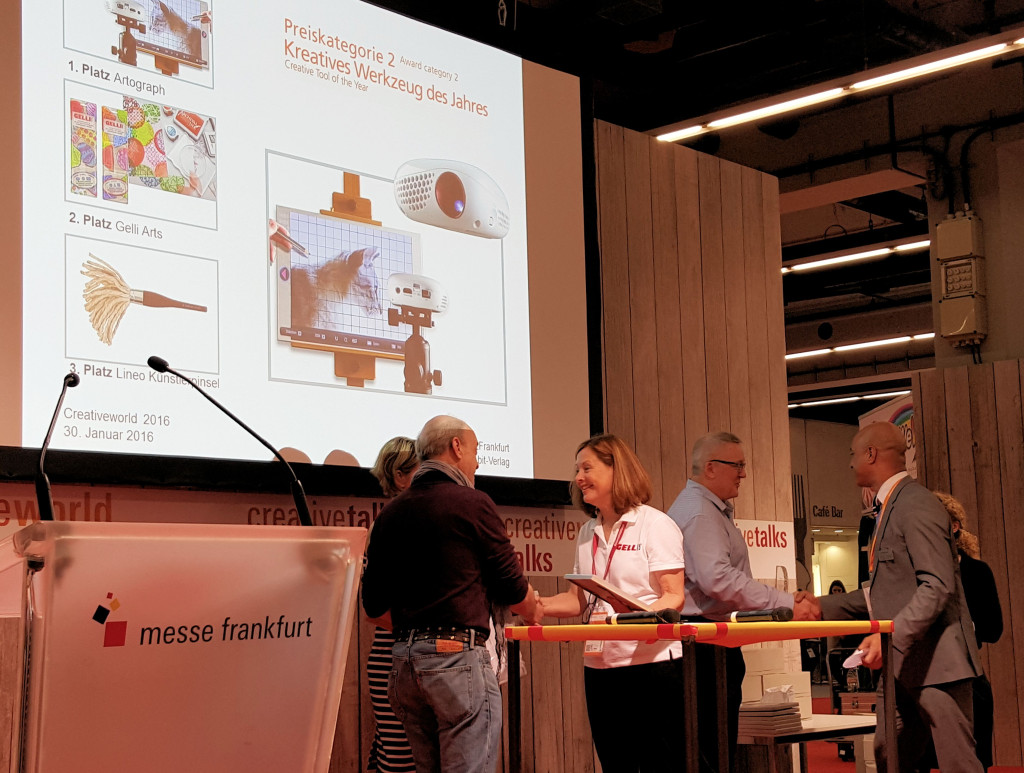 Artograph was founded in Minneapolis in 1947 by three entrepreneurs, Ed Hirschoff, John Engel, and Les Kouba, who wanted to start a company that produced time-saving devices. Les Kouba, a wildlife artist, suggested developing a projector to help him enlarge his wildlife photos onto a canvas. Thus, the first Artograph projector was born.